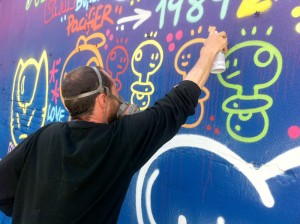 He studied graphic design and advertisement. He starts painting on the streets with a marker in 1987 and with aerosol in 1989. After filling up Barcelona, Catalonia and Spain with his art, he travels around the streets of Europe and America decorating the streets with his logo-art. He collaborates with assiduity in fashion with skates, sneakers, aerosol and art marker brands among other Street Art representatives. He exhibits his work in some of the most important galleries in the scene, in cities like Paris, Berlin, Amsterdam, Santiago de Chile, Buenos Aires, Ushuaia, San Juan (Costa Rica), Los Angeles and Miami, among others.

He is the precursor of the Logo-Art and one of its most relevant figures, actively working in the graffiti scene from its beginning and a key stone of the street-art movement. He is influenced by Pop Art, the graffiti of the urban authors, the advertising and graphic design culture, the street signal language and the history of art.

The message is capital in his work, using social concepts, fighting for human rights. To him, the purpose is to color the walls and people’s minds.

LOGO ART… a new artistic trend on the graffiti scene, precursor of the Street-Art. The artist paints a logo, icon or character in a reiterated way. The signature is replaced by a design that acts as a logotype. This is the most effective way for the audience to be recognized, being the audience the people walking on the street according to El Xupet Negre.

The artist uses his logo and his work on the street to catch your attention and deliver his message.

“PAINT THE WALL, SAVE THE WORLD !”

You can see more works by this artist in the Art Gallery Barcelona Artevistas. 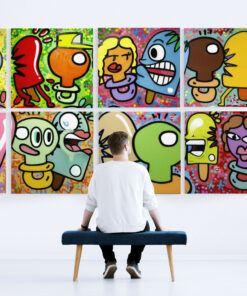 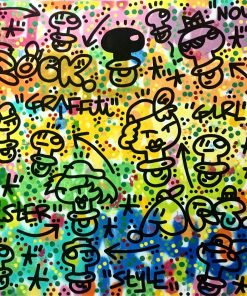 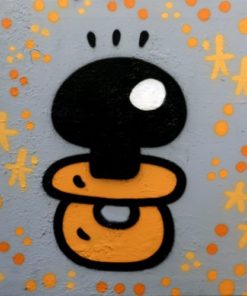 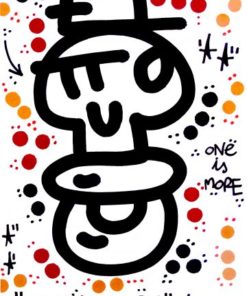 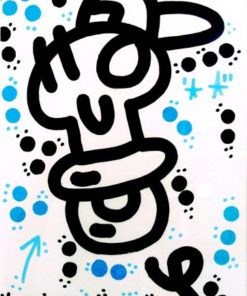 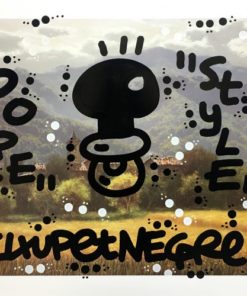 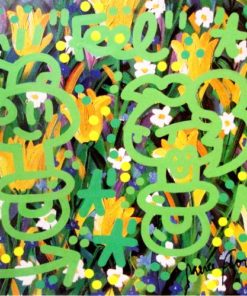 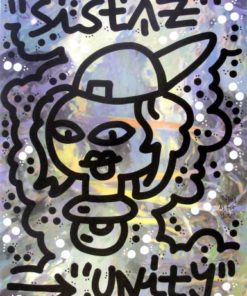 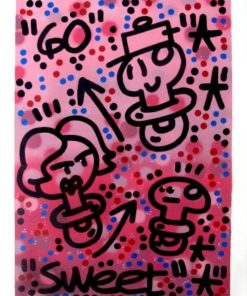 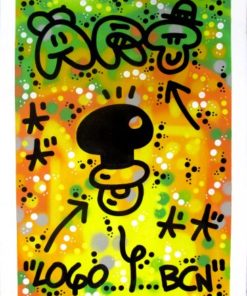 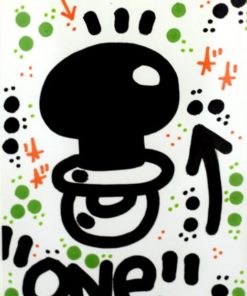 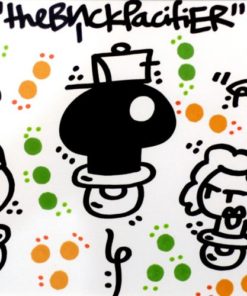 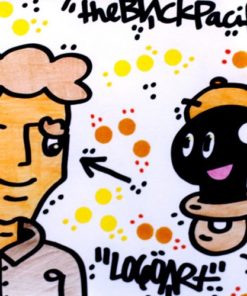 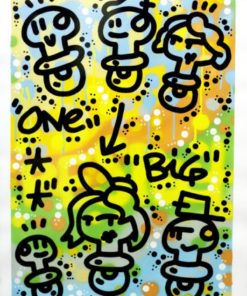