Zach Oreo Tpk was born in 1983, in Paris, of an American mother and a French father.

Graffiti has been part of his life since his childhood, but he considers that his real involvement in the Urban movement began when he moved to Paris intramural in the late 90s: walls and tunnels of the capital became his playgrounds.

The years pass, and despite his passion, Oreo realized that graffiti, especially with the anti-tag repression of the 2000s, was not a job.

In 2005, after several stays in the United States, Oreo decided to embark on clothing customization: it will lead him to his first steps as an entrepreneur in the mythical Fleas of Clignancourt.

For nearly 10 years this self-taught artist will be trained as a draftsman graphic, serigraph and perfect his airbrush technique.

He will create his own brand, Endzlab, in 2009; it is on this occasion that he invents The Badass Bear: iconic character who takes the form of a malicious bear cub. which represents today a large part of Oreo’s artistic work, both in the streets, on canvas or in his textile creations.

A large part certainly but not all, the artistic universe of Oreo does not lacks originality and has not limits. He likes to make fun of characters or brands known to all. By this step, Oreo wishes to challenge but also make his art readable while anchoring it in his time. 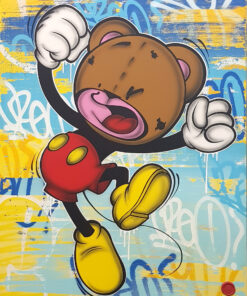 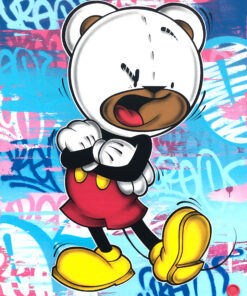 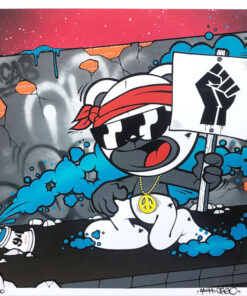 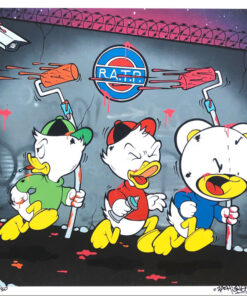 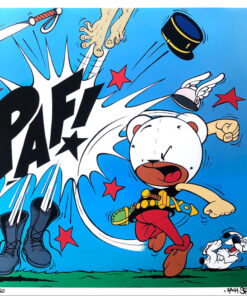 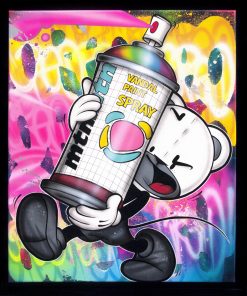 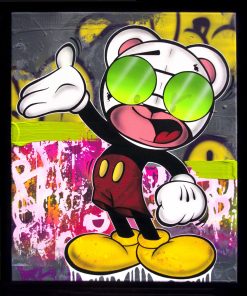 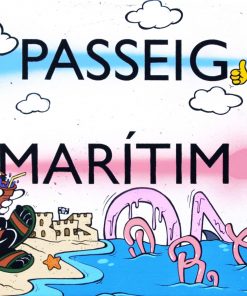 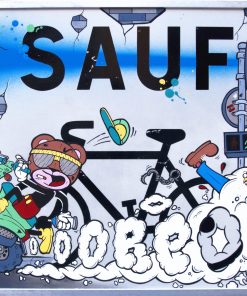 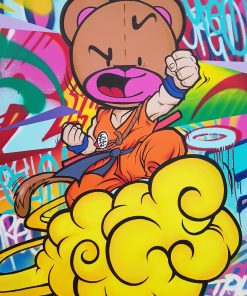 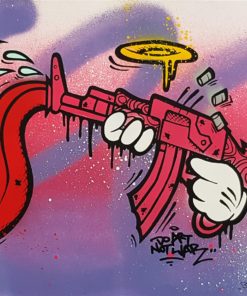 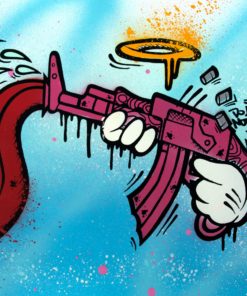 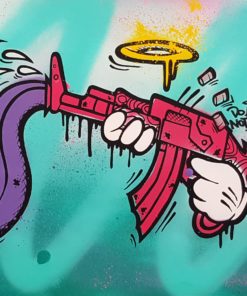 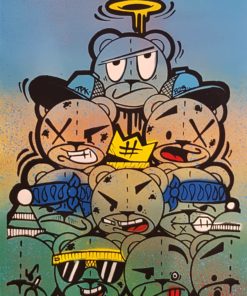 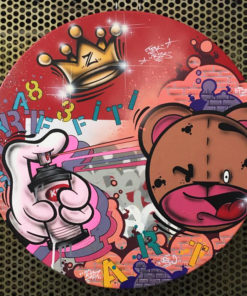 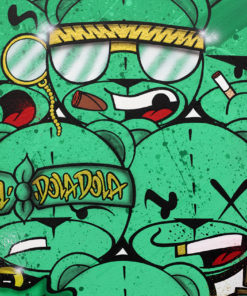